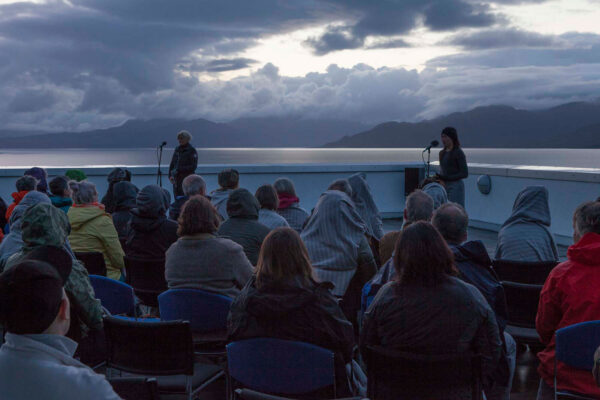 ATLAS Arts has been working with Caroline Bergvall since 2016 on Ragadawn, a sunrise vocal performance to be performed outdoors from the last hours of night until the very early morning. A multisensory composition for two voices (spoken and sung), multiple languages and electronic frequencies to accompany and celebrate the rising of day.

The work draws on ancient and contemporary musical and literary sunrise traditions, such as troubadour love poetry, while at the same time addressing the linguistic territories of the UK and European Union, specifically languages that are endangered or at risk, and those that are emerging. It was first performed in 2016 as sold-out performances at the Festival de la Batie (Geneva) and Estuary Festival (Southend) and garnered great reviews.