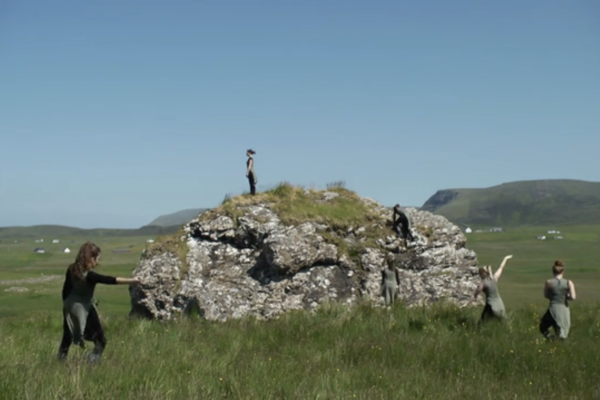 The Nation /​Live-Faith, a joint project between ATLAS and the National Galleries of Scotland, asked young people in Skye to explore the theme of faith using William Hole’s mural depiction of St Columba Addressing the Picts [on Skye], 597 AD (1895−1901) as their inspiration.

Through a series of workshops produced by ATLAS, the National Galleries of Scotland, SkyeDance and Sabhal Mor Ostaig – the young people investigated a range of sites on the island which are associated with St Columba’s mission. Participants went on to work with mentors to imaginatively recreate this moment in Scottish history, when St Columba came face to face with the Picts. The workshops and development sessions were designed to explore the power of miracles to shape belief, consider issues such as migration and origin, and ask questions such as ​“What would a modern day miracle look like?”

This project was programmed as part of the nationwide The Nation /​Live-Faith project. Organised by the National Galleries of Scotland, The Nation /​ Live-Faith worked with five communities across the country, each concentrating on a different theme.